Yayoi Kusama  is a Japanese artist. Her paintings, collages, soft sculptures, performance art and environmental installations all share an obsession with repetition, pattern, and accumulation. Her work shows some attributes of feminism, minimalism, surrealism, Art Brut, pop art, and abstract expressionism, and is infused with autobiographical, psychological, and sexual content. She describes herself as an "obsessive artist". Kusama is also a published novelist and poet, and has created notable work in film and fashion design. She has long struggled with mental illness.

Born in Matsumoto, Nagano Prefecture, Kusama has experienced hallucinations and severe obsessive thoughts since childhood, often of a suicidal nature. She claims that as a small child she suffered severe physical abuse by her mother.

Early in Kusama's career, she began covering surfaces (walls, floors, canvases, and later, household objects and naked assistants) with the polka dots that would become a trademark of her work. The vast fields of polka dots, or "infinity nets," as she called them, were taken directly from her hallucinations.

She left her native country at the age of 27 for New York City, after years of correspondence with Georgia O'Keefe in which she became interested in joining the limelight in the city. During her time in the U.S., she quickly established her reputation as a leader in the avant-garde movement. She organized outlandish happenings in conspicuous spots like Central Park and the Brooklyn Bridge, often involving nudity and designed to protest the Vietnam War. She was enormously productive, and counted Joseph Cornell and Donald Judd among her friends and supporters, but did not profit financially from her work. She returned to Japan in ill health in 1973.

Yayoi Kusama has exhibited work with Claes Oldenburg, Andy Warhol, and Jasper Johns. Kusama represented Japan at the Venice Biennale in 1993, and in 1998 & 1999 a major retrospective exhibition of her work toured the U.S. and Japan.

Today she lives, by choice, in a mental hospital in Tokyo, where she has continued to produce work since the mid-1970s. Her studio is a short distance from the hospital. "If it were not for art, I would have killed myself a long time ago," Kusama is often quoted as saying.

"One day I was looking at the red flower patterns of the tablecloth on a table, and when I looked up I saw the same pattern covering the ceiling, the windows and the walls, and finally all over the room, my body and the universe. I felt as if I had begun to self-obliterate, to revolve in the infinity of endless time and the absoluteness of space, and be reduced to nothingness. As I realized it was actually happening and not just in my imagination, I was frightened. I knew I had to run away lest I should be deprived of my life by the spell of the red flowers. I ran desperately up the stairs. The steps below me began to fall apart and I fell down the stairs straining my ankle."
Hoptman writes that "Kusama's interest in pattern began with hallucinations she experienced as a young girl--visions of nets, dots, and flowers that covered everything she saw. Gripped by the idea of 'obliterating the world,' she began covering larger and larger areas of canvas with patterns." Her organically abstract paintings of one or two colors (the Infinity Netsseries), which she began upon arriving in New York, garnered comparisons to the work of Jackson Pollock, Mark Rothko, and Barnett Newman.

Superchunk, an American indie band, included a song called "Art Class (Song for Yayoi Kusama)" on its Here's to Shutting Up album. Yoko Ono cites Kusama as an influence. The recently built Matsumoto Performing Art Center in her home town Matsumoto, designed by Toyo Ito, has an entirely dotted façade, likely influenced by her works. 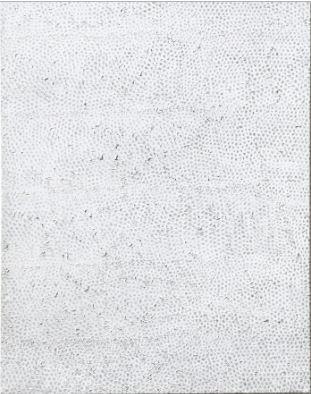 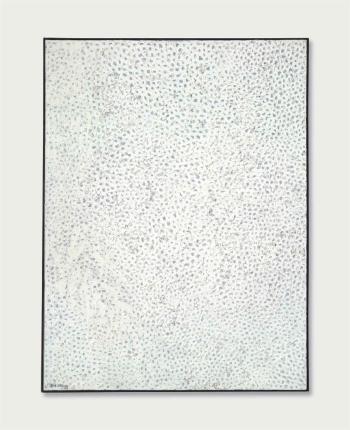 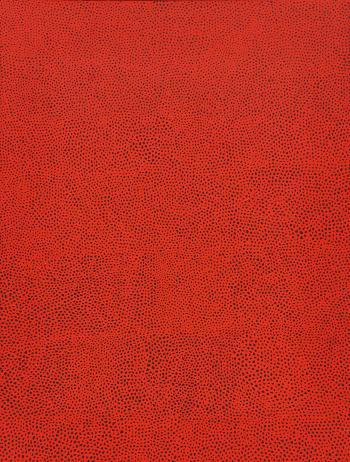 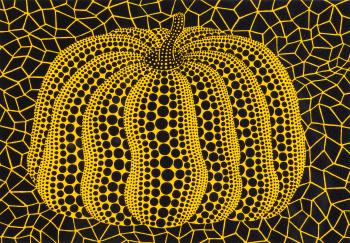 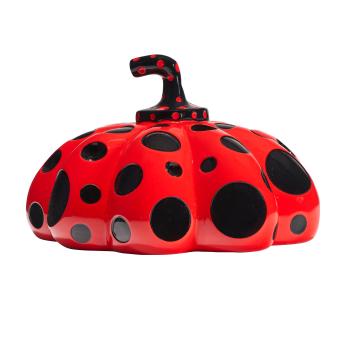 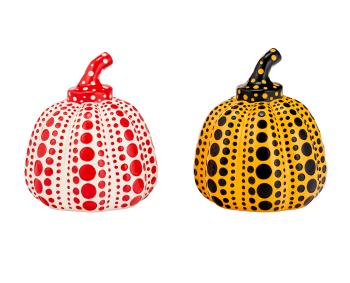 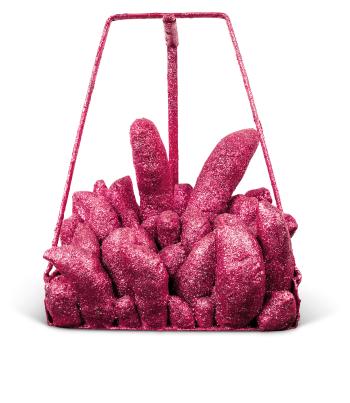 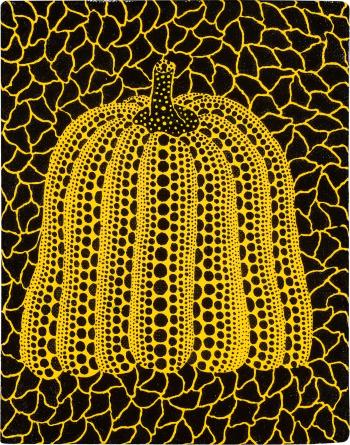 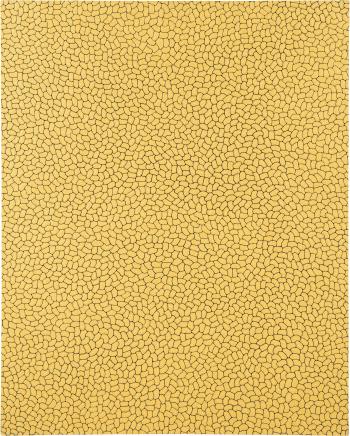 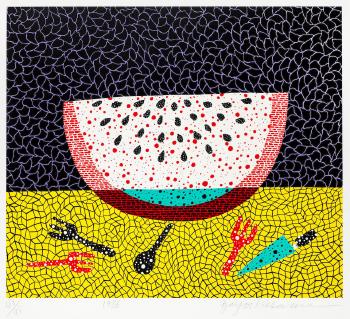 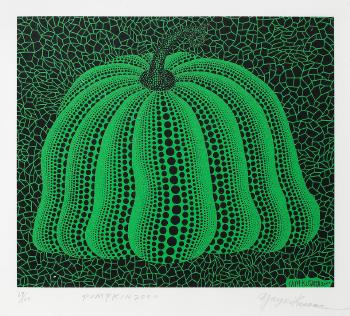 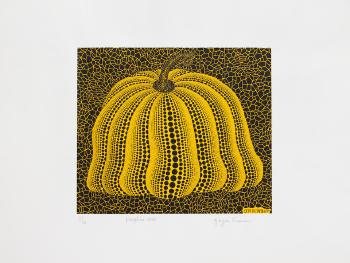 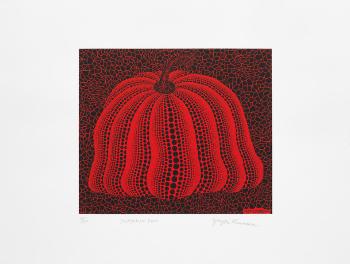