Basquiat's mother, Matilde, was Puerto Rican and his father, Gerard Jean-Baptiste, is of Haitian origin and a former Haitian Minister of the Interior. At an early age, Basquiat displayed an aptitude for art and was encouraged by his mother to draw, paint, and to participate in other art-related activities. In 1977, when he was 17, Basquiat and his friend Al Diaz started spray-painting graffiti art on slum buildings in lower Manhattan, adding the infamous signature of "SAMO" or "SAMO shit" (i.e. "same ol' shit"). The graphics were pithy messages such as "Plush safe he think; SAMO" and "SAMO is an escape clause". In December 1978, the Village Voice published an article about the writings. The SAMO project ended with the epitaph SAMO IS DEAD written on the walls of SoHo buildings.

In 1978, Basquiat dropped out of High School and left home, a year before graduating. He moved into the city and lived with friends, surviving by selling T-shirts and postcards on the street. By 1979, however, Basquiat gained a certain celebrity status amidst the thriving art scene of Manhattan's East Village, for his regular appearances on Glenn O'Brien's live public-access cable show, TV Party . In the late 1970s, Basquiat formed a band called Gray, with the then-unknown musician and actor Vincent Gallo. Gray played at clubs such as Max's Kansas City, CBGB, Hurrahs, and the Mudd Club. Basquiat worked with Gallo again in a film Downtown 81 (a.k.a New York Beat Movie) which featured some of Gray's rare recordings on its soundtrack. He also appeared in Blondie's video for "Rapture".

Basquiat first started to gain recognition as an artist in June 1980, when he participated in The Times Square Show, a multi-artist exhibition, sponsored by Collaborative Projects Incorporated (Colab). In 1981, poet, art critic and cultural provocateur Rene Ricard published "The Radiant Child" in Artforum magazine, helping to launch Basquiat's career to an international stage. During the next few years, he continued exhibiting his works around New York alongside artists such as Keith Haring, Barbara Kruger, as well as internationally, promoted by such gallery owners and patrons as Annina Nosei, Vrej Baghoomian, Larry Gagosian, Mary Boone and Bruno Bischofberger.

By 1982, Basquiat was showing regularly alongside Julian Schnabel, David Salle, Francesco Clemente and Enzo Cucchi, thus becoming part of a loose-knit group that art-writers, curators, and collectors would soon be calling the Neo-expressionist movement. He started dating an aspiring and then-unknown performer named Madonna in the fall of 1982. In 1982, Basquiat met Andy Warhol, with whom he collaborated extensively, eventually forging a close, if strained, friendship. He was also briefly involved with artist David Bowes.

By 1984, many of Basquiat's friends were concerned about his excessive drug use and increasingly erratic behaviour, including signs of paranoia. Basquiat had developed a frequent heroin habit by this point, starting from his early years living among the junkies and street artists in New York's underground. On February 10, 1985, Basquiat appeared on the cover of The New York Times Magazine in a feature entitled "New Art, New Money: The Marketing of an American Artist". As Basquiat's international success heightened, his works were shown in solo exhibitions across major European capitals.

Basquiat died of mixed-drug toxicity (he had been combining cocaine and heroin, known as "speedballing") in his Great Jones Street loft/studio in 1988 several days before what would have been Basquiat's second trip to the Côte d'Ivoire. After his death, a film biography entitled Basquiat was made, directed by Julian Schnabel, with actor Jeffrey Wright playing Basquiat.

Basquiat's art career is known for his three broad, though overlapping styles. In the earliest period, from 1980 to late 1982, Basquiat used painterly gestures on canvas, often depicting skeletal figures and mask-like faces that expressed his obsession with mortality. Other frequently depicted imagery such as automobiles, buildings, police, children's sidewalk games, and graffiti came from his experience painting on the city streets. A middle period from late 1982 to 1985 featured multipanel paintings and individual canvases with exposed stretcher bars, the surface dense with writing, collage and seemingly unrelated imagery.

These works reveal a strong interest in Basquiat's black identity and his identification with historical and contemporary black figures and events. On one occasion Basquiat painted his girlfriend's dress, with his words, a "Little Shit Brown". The final period, from about 1986 to Basquiat's death in 1988, displays a new type of figurative depiction, in a new style with different symbols and content from new sources. This period seems to have also had a profound impact on the styles of artists who admired Basquiat's work. Basquiat's lasting creative influence is immediately recognizable in the work of subsequent and self-taught generational artists such as Mark Gonzales, Kelly D. Williams, and Raymond Morris.

In 1982, Basquiat became friends with pop artist Andy Warhol and the two made a number of collaborative works. They also painted together, influencing each others' work. Some speculated that Andy Warhol was merely using Basquiat for some of his techniques and insight. Their relationship continued until Warhol's death in 1987. Warhol's death was very distressing for Basquiat, and it is speculated by Phoebe Hoban, in Basquiat, her 1998 biography on the artist, that Warhol's death was a turning point for Basquiat, and that afterwards his drug addiction and depression began to spiral. 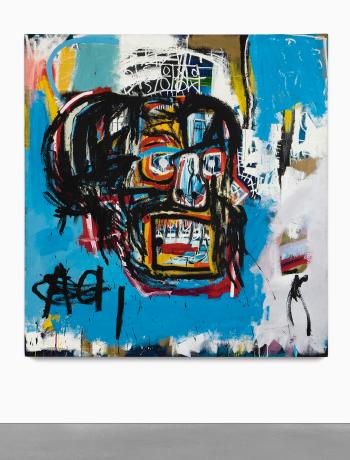 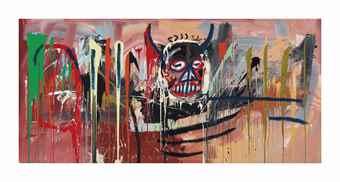 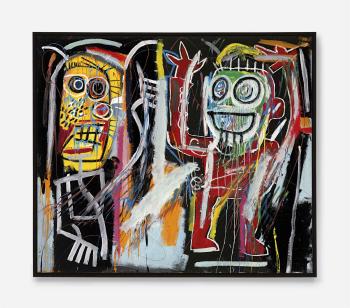 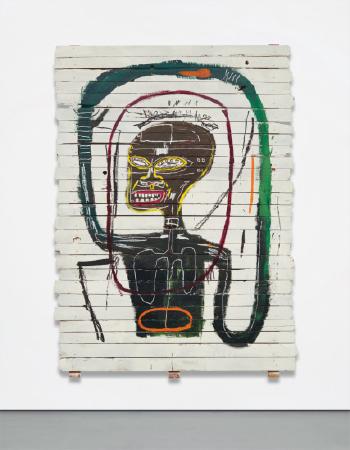 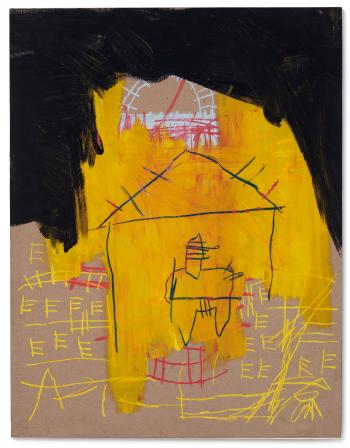 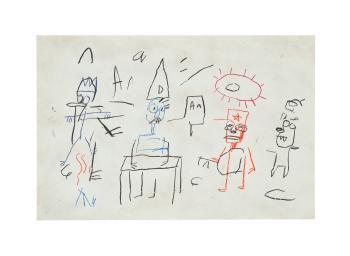 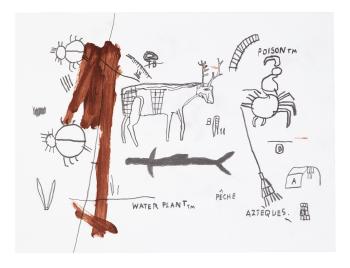 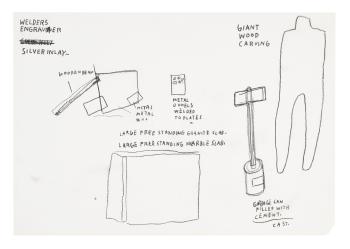 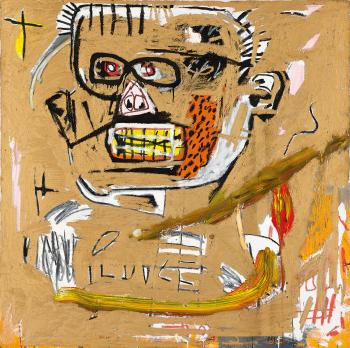 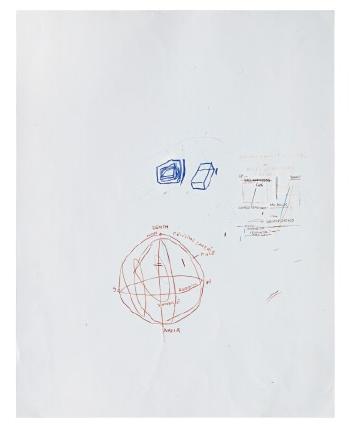 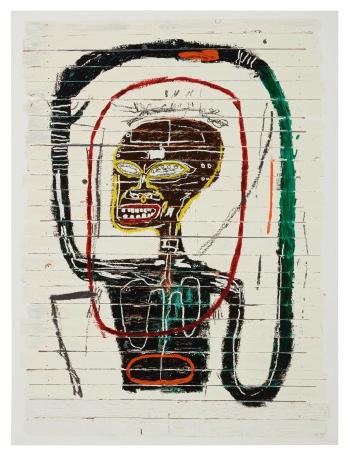 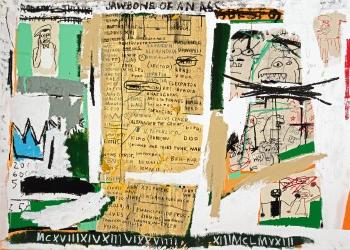 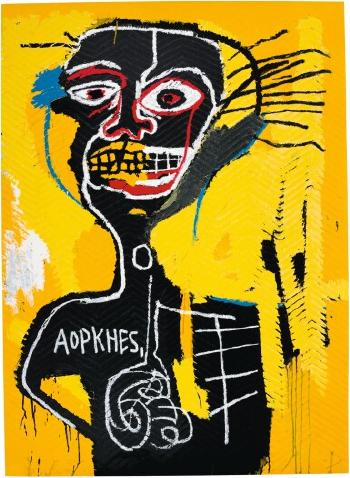 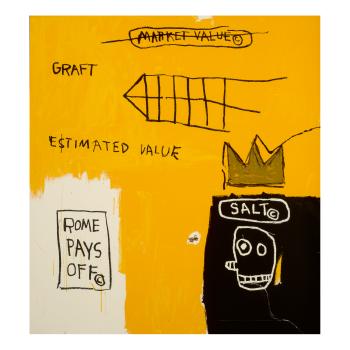 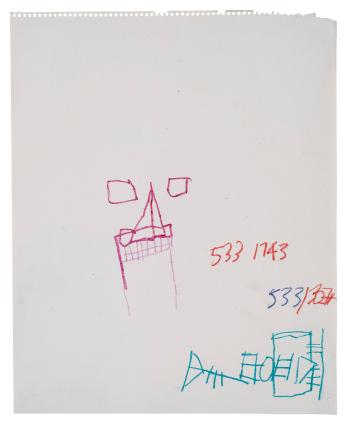