Gustav Klimt (July 14, 1862 – February 6, 1918) was an Austrian Symbolist painter and one of the most prominent members of the Vienna Art Nouveau (Vienna Secession) movement. His major works include paintings, murals, sketches and other art objects, many of which are on display in the Vienna Secession gallery. Klimt's primary subject was the female body, and his works are marked by a frank eroticism--nowhere is this more apparent than in his numerous drawings in pencil (see Mulher sentada, below).

Klimt was born in Baumgarten, near Vienna, the second of seven children — three boys and four girls. All three sons displayed artistic talent early on. His father, Ernst Klimt, formerly from Bohemia, was a gold engraver. Ernst married Anna Klimt (née Finster), whose unrealized ambition was to be a musical performer. Klimt lived in poverty for most of his childhood, as work was scarce and the economy difficult for immigrants.

In 1876, Klimt was enrolled in the Vienna School of Arts and Crafts (Kunstgewerbeschule), where he studied until 1883, and received training as an architectural painter. He revered the foremost history painter of the time, Hans Makart. Unlike many young artists, Klimt accepted the principles of conservative Academic training. In 1877 his brother Ernst, who, like his father, would become an engraver, also enrolled in the school. The two brothers and their friend Franz Matsch began working together; by 1880 they had received numerous commissions as a team they called the "Company of Artists". Klimt began his professional career painting interior murals and ceilings in large public buildings on the Ringstraße including a successful series of "Allegories and Emblems".

In 1888, Klimt received the Golden order of Merit from Emperor Franz Josef I of Austria for his contributions to art. He also became an honorary member of the University of Munich and the University of Vienna. In 1892 both Klimt's father and brother Ernst died, and he had to assume financial responsibility for his father's and brother's family. The tragedies affected his artistic vision as well, and soon he would veer toward a new personal style. In the early 1890s, Klimt met Emilie Flöge, who, notwithstanding the artist's relationships with other women, was to be his companion until the end of his life. Whether his relationship with Flöge was sexual or not is debated, but during that period Klimt fathered at least 14 children.

Klimt became one of the founding members and president of the Wiener Sezession (Vienna Secession) in 1897 and of the group's periodical Ver Sacrum (Sacred Spring). He remained with the Secession until 1908. The group's goals were to provide exhibitions for unconventional young artists, to bring the best foreign artists works to Vienna, and to publish its own magazine to showcase members' work. The group declared no manifesto and did not set out to encourage any particular style -- Naturalists, Realists, and Symbolists all coexisted. The government supported their efforts and gave them a lease on public land to erect an exhibition hall. The group's symbol was Pallas Athena, the Greek goddess of just causes, wisdom, and the arts -- and Klimt painted his radical version in 1898.

Beginning in the late 1890s Klimt took annual summer holidays with the Flöge family on the shores of Attersee and painted many of his landscapes there. These works constitute the only genre aside from the figure that seriously interested Klimt, and are of a number and quality so as to merit a separate appreciation. Formally, the landscapes are characterized by the same refinement of design and emphatic patterning as the figural pieces. Deep space in the Attersee works is so efficiently flattened to a single plane, it is believed that Klimt painted them while looking through a telescope.

In 1894, Klimt was commissioned to create three paintings to decorate the ceiling of the Great Hall in the University of Vienna. Not completed until the turn of the century, his three paintings, Philosophy, Medicine, and Jurisprudence were criticized for their radical themes and material, which was called "pornographic". Klimt had transformed traditional allegory and symbolism into a new language which was more overtly sexual, and hence more disturbing. The public outcry came from all quarters — political, aesthetic, and religious. As a result, they were not displayed on the ceiling of the Great Hall. This would be the last public commission accepted by the artist. All three paintings were eventually destroyed by retreating SS forces in May 1945. His Nuda Verita (1899) defined his bid to further shake up the establishment. The starkly naked red-headed woman holds the mirror of truth, while above it is a quote by Schiller in stylized lettering, "If you cannot please everyone with your deeds and your art, please a few. To please many is bad."

In 1902, Klimt finished the Beethoven Frieze for the 14th Vienna Secessionist exhibition, which was intended to be a celebration of the composer and featured a monumental, polychromed sculpture by Max Klinger. Meant for the exhibition only, the frieze was painted directly on the walls with light materials. After the exhibition the painting was preserved, although it did not go on display until 1986.

Klimt's 'Golden Phase' was marked by positive critical reaction and success. Many of his paintings from this period utilized gold leaf; the prominent use of gold can first be traced back to Pallas Athene (1898) and Judith I (1901), although the works most popularly associated with this period are the Portrait of Adele Bloch-Bauer I (1907) and The Kiss (1907 - 1908). Klimt traveled little but trips to Venice and Ravenna, both famous for their beautiful mosaics, likely inspired his gold technique and his Byzantine imagery. In 1904, he collaborated with other artists on the lavish Palais Stoclet, the home of a wealthy Belgian industrialist, which was one of the grandest monuments of the Art Nouveau age. Klimt's contributions to the dining room, including both Fulfillment and Expectation, were some of his finest decorative work, and as he publicly stated, "probably the ultimate stage of my development of ornament." Between 1907 and 1909, Klimt painted five canvases of society women wrapped in fur. His apparent love of costume is expressed in the many photographs of Flöge modeling clothing he designed.

Klimt wrote little about his vision or this methods. He wrote mostly postcards to Flöge and kept no diary. In a rare writing called "Commentary on a non-existent self-portrait", he states "I have never painted a self-portrait. I am less interested in myself as a subject for a painting than I am in other people, above all women...There is nothing special about me. I am a painter who paints day after day from morning to night...Who ever wants to know something about me... ought to look carefully at my pictures."

In 1911 his painting Death and Life received first prize in the world exhibitions in Rome. In 1915 his mother Anna died. Klimt died three years later in Vienna on February 6, 1918, having suffered a stroke and pneumonia. He was interred at the Hietzing Cemetery in Vienna. Numerous paintings were left unfinished.

Klimt's paintings have brought some of the highest prices recorded for individual works of art. In November 2003, Klimt's Landhaus am Attersee sold for $29,128,000, but that was soon eclipsed by prices paid for other Klimts. In 2006 the artist's Apple Tree I (ca. 1912) sold for $33 million and Birch Forest (1903) sold for $40.3 million. Both works had been recently restituted to the heirs of Adele Bloch-Bauer.

Purchased for the Neue Galerie in New York by Ronald Lauder for a reported US $135 million, the 1907 portrait Adele Bloch-Bauer I deposed Picasso's 1905 Boy With a Pipe (sold May 5, 2004 for $104 million) as the highest reported price ever paid for a piece of art sold at a public auction, on or around June 19, 2006. This is one of the five paintings referred to below in the Legacy section and an NPR report. On August 7, 2006, Christie's auction house announced it was handling the sale of the remaining works by Klimt that were recovered by the Bloch-Bauer heirs after a long legal battle. They auctioned Portrait of Adele Bloch-Bauer II in November 2006 for $88 million, the third-highest priced piece of art at auction at the time. Collectively the five restituted paintings, including aforementioned landscapes, netted over $327 million.

Klimt's work is distinguished by the elegant gold or coloured decoration, often of a phallic shape that conceals the more erotic positions of the drawings upon which many of his paintings are based. This can be seen in Judith I (1901), and in The Kiss (1907–1908), and especially in Danaë (1907). One of the most common themes Klimt utilized was that of the dominant woman, the femme fatale. Art historians note an eclectic range of influences contributing to Klimt's distinct style, including Egyptian, Minoan, Classical Greek, and Byzantine inspirations. Klimt was also inspired by the engravings of Albrecht Dürer, late medieval European painting, and Japanese Rimpa school. His mature works are characterized by a rejection of earlier naturalistic styles, and make use of symbols or symbolic elements to convey psychological ideas and emphasize the "freedom" of art from traditional culture. 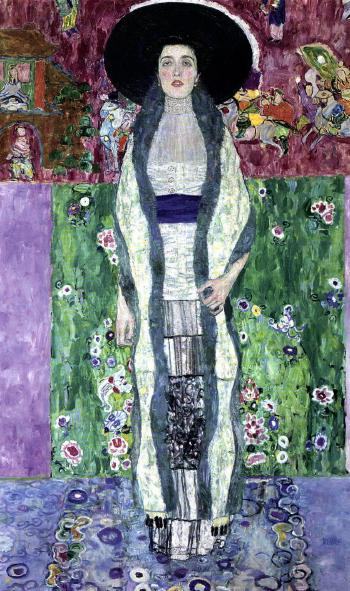 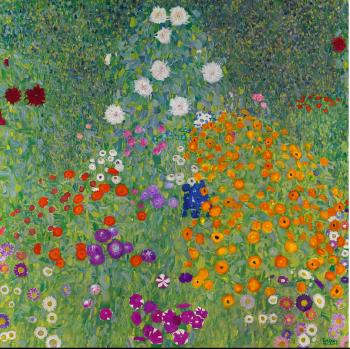 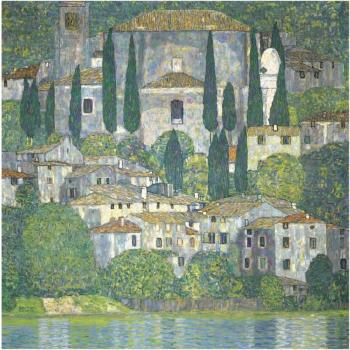 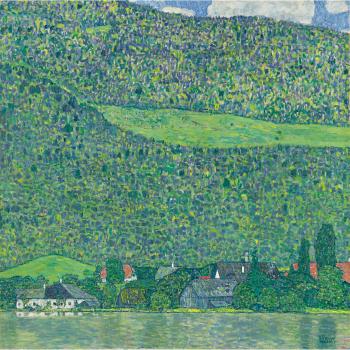 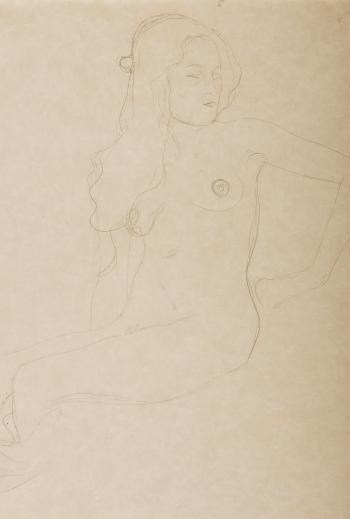 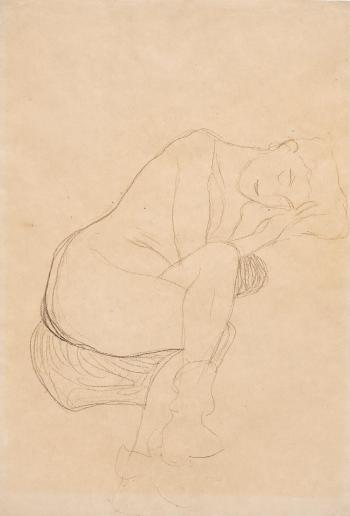 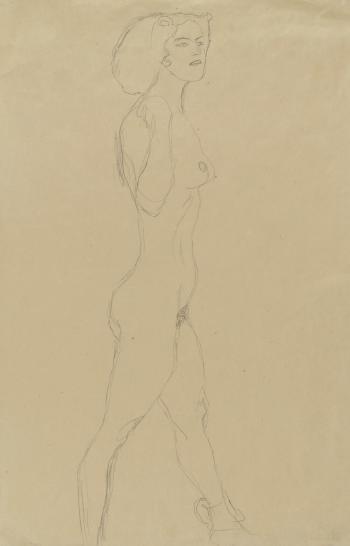 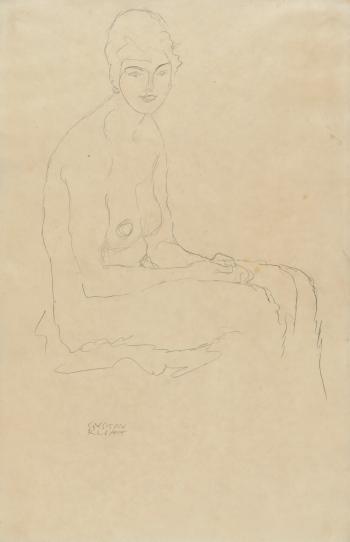 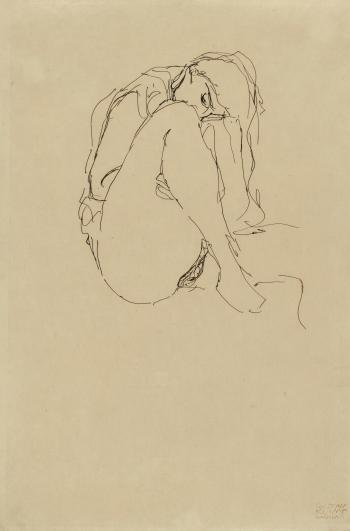 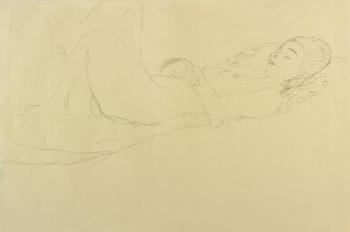 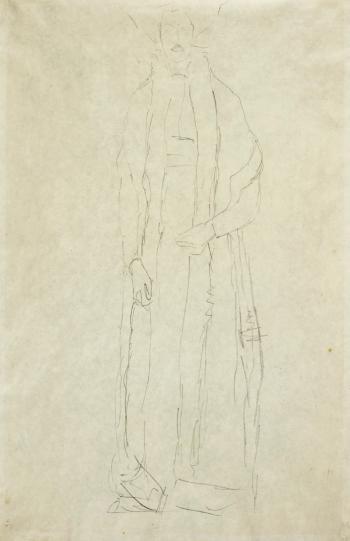 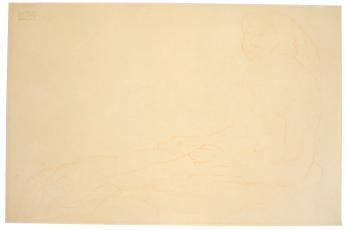 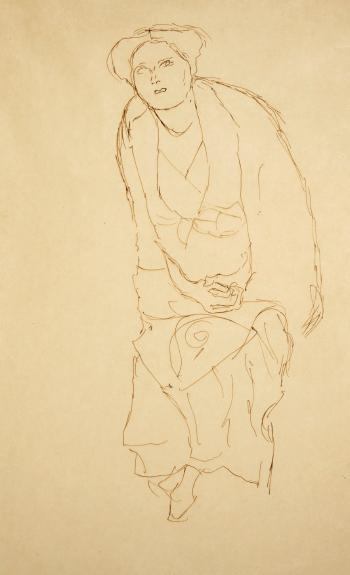