Ernst Ludwig Kirchner (May 6, 1880 – June 15, 1938) was a German expressionist painter and printmaker and one of the founders of the artists group Die Brücke or "The Bridge", a key group leading to the foundation of Expressionism in 20th century art. He volunteered for army service in the First World War, but soon suffered a breakdown and was discharged. In 1933, his work was branded as "degenerate" by the Nazis, and this was a contributing factor to his suicide.

Ernst Ludwig Kirchner was born in Aschaffenburg, Germany. In 1901 he began studying architecture at the Königliche Technische Hochschule (technical university) of Dresden. The institution provided a wide range of studies in addition to architecture, such as freehand drawing, perspective drawing and the historical study of art. He became close friends there with Fritz Bleyl, whom he met during the first term. They discussed art together and also studied nature, having a radical outlook in common. Kirchner continued studies in Munich 1903–1904, returning to Dresden in 1905 to complete his degree.

In 1905, Kirchner, along with Bleyl and two other architecture students, Karl Schmidt-Rottluff and Erich Heckel, founded the artists group Die Brücke ("The Bridge"). From then on, he committed himself to art. The group aimed to eschew the prevalent traditional academic style and find a new mode of artistic expression, which would form a bridge (hence the name) between the past and the present. They responded both to past artists such as Albrecht Dürer, Matthias Grünewald and Lucas Cranach the Elder, as well as contemporary international avant-garde movements. As part of the affirmation of their national heritage, they revived older media, particularly woodcut prints.

Their group was one of the seminal ones, which in due course had a major impact on the evolution of modern art in the 20th century and created the style of Expressionism. The group met initially in Kirchner's first studio, which had previously been a butcher's shop. Bleyl described it as:

that of a real bohemian, full of paintings lying all over the place, drawings, books and artist’s materials — much more like an artist’s romantic lodgings than the home of a well-organised architecture student.

Kirchner's became a venue which overthrew social conventions to allow casual love-making and frequent nudity. Group life-drawing sessions took place using models from the social circle, rather than professionals, and choosing quarter-hour poses to encourage spontaneity. Bleyl described one such model, Isabella, a fifteen-year-old girl from the neighbourhood, as "a very lively, beautifully built, joyous individual, without any deformation caused by the silly fashion of the corset and completely suitable to our artistic demands, especially in the blossoming condition of her girlish buds."

The group composed a manifesto (mostly Kirchner's work), which was carved on wood and asserted a new generation, "who want freedom in our work and in our lives, independence from older, established forces."  In September and October 1906, the first group exhibition was held, focused on the female nude, in the showroom of K.F.M. Seifert and Co. in Dresden.

In 1906, he met Doris Große, who was his favoured model until 1911. Between 1907 and 1911, he stayed during the summer at the Moritzburg lakes and on the island of Fehmarn (which he revisited until 1914) with other Brücke members; his work featured the female nude in natural settings. In 1911, he moved to Berlin, where he founded a private art school, MIUM-Institut, in collaboration with Max Pechstein with the aim of promulgating "Moderner Unterricht im Malen" (modern teaching of painting). This was not a success and closed the following year, when he also began a relationship with Erna Schilling that lasted the rest of his life. In 1913, his writing of Chronik der Brücke (Brücke chronicle) led to the ending of the group. At this time, he established an individual identity with his first solo exhibition, which took place at the Essen Folkwang Museum. During the next two years, he painted a series of "Großstadtbilder" (metropole pictures) showing the streets of Berlin, with the central characters of street walkers.

At the onset of the First World War in September 1914, Kirchner volunteered for military service, but suffered a nervous breakdown in 1915 and was discharged, recovering for the next two years in sanatoriums in Taunus and Davos, Switzerland. In a self portrait in 1915, he depicted himself with an amputated hand (this did not actually happen). In 1918, he settled in Davos, living in a farm house in the Alps; from this time onwards his main subject matter was mountain scenes. On 3 July 1919, he wrote in a letter from Davos, "Dear Van de Velde writes today that I ought to return to modern life. For me this is out of the question. Nor do I regret it.... The delights the world affords are the same everywhere, differing only in their outer forms. Here one learns how to see further and go deeper than in 'modern' life, which is generally so very much more superficial despite its wealth of outer forms."

His reputation grew with several exhibitions in Germany and Switzerland in 1920. In 1923, he moved to Frauenkirch-Wildboden. The art gallery in Basel staged a substantial exhibition, which led to the foundation of the "Rot-Blau" (red and blue) artists association by Swiss painters, Paul Camenisch, Albert Müller and Hermann Scherer. Kirchner made his final visit to Germany 1925–1926. His reputation grew through the rest of the decade with a monograph and the first part of a catalogue raisonné of his graphics in 1926, a mural commission by the Folkwang museum in 1927, and a presence at the Venice Biennale in 1928; he became a member of the Prussian Academy of Arts in 1931.

In 1933, Kirchner was labelled a "degenerate artist" by the Nazis and asked for his resignation from the Berlin Academy of Arts; in 1937, over 600 of his works were confiscated from public museums in Germany and were sold or destroyed. In 1938, the psychological trauma of these events, along with the Nazi occupation of Austria, close to his home, led to his suicide.

In 1913, the first public showing of Kirchner's work took place at the Armory Show, which was also the first major display of modern art in America. In 1921, US museums began to acquire his work and did so increasingly thereafter. His first solo show was at the Detroit Institute of Arts in 1937. In 1992, the National Gallery of Art, Washington, held a monographic show, using its existing collection; a major international loan exhibition took place in 2003. 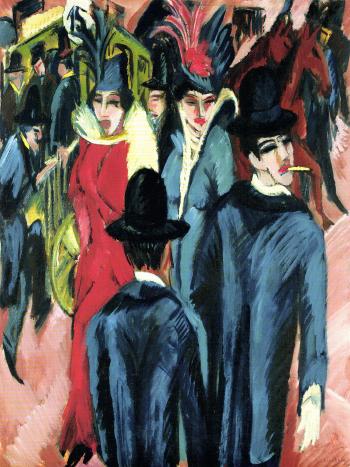 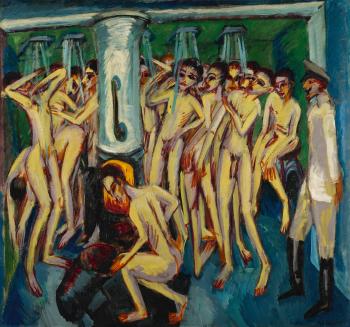 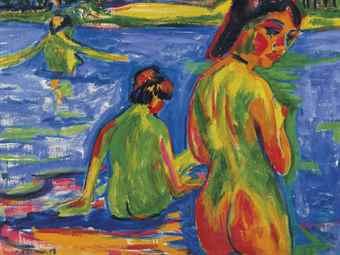 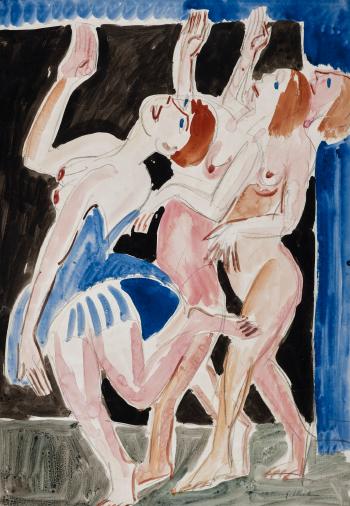 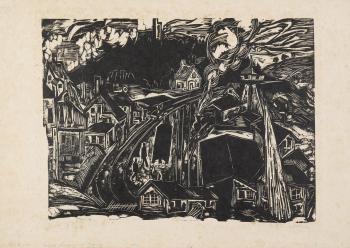 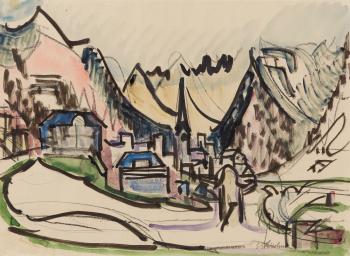 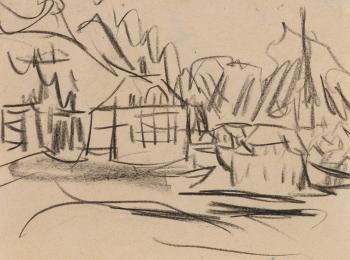 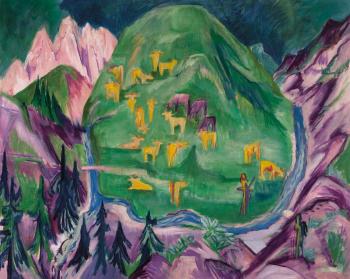 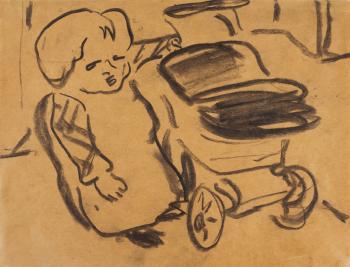